"The further a society drifts from the truth, the more it will hate those who speak it." ... George Orwell
-----

The mission of this blog has been met.  My primary focus was to make every effort to ensure America did not elect another progressive---especially in Hillary Clinton.  If the need arises, I will post now and then. After all, there are no angels in politics regardless of the political party. It's important to keep their feet to the fire. And I certainly will.

The stats of this blog over the last four years include, but have not been limited to, the following:

In closing, I want to thank my readers throughout the globe. But keep your eyes open, PWZ's overall mission will never be complete. It's the nature of politics.

Democrats Blaming Comey When HRC Is To Blame

Woman who deleted 30,000 emails than took a hammer to her phones demands transparency ...Razor's Tweet

How fascinating have these last few weeks been prior to the national election?  This fascinating:

The bottom line is that all of this and more are Hillary Clinton's fault. She said she committed some mistakes. One problem: when you repeat mistakes over and over again, they are not mistakes. They are decisions.  As Michael Goodwin of The NY Post  wrote recently:  "The victim card is a Clinton family heirloom...and truth is always the enemy."

Lots Of People Living In Glass Houses Are Throwing Stones

Allow me to get one observation out of the way first.  The video and audio of what Trump said about some women was inappropriate, tasteless and crude.

Now you know how I felt about the revelation of that private conversation.  Let's  take a look at the hypocrites voicing their outrage over that leak:

The fact is there isn't a human being on this planet that wouldn't be embarrassed by some of the things they've done in their past if those were revealed. The perfect person doesn't exist.  For that matter, anyone subjected to the attacks now  against Trump wouldn't survive (of course, with the exception of many progressive democrats. Need I mention Bill Clinton's name again?  The only reason he was caught was the discovery of the stained "blue dress."  Prior to that---he, like his wife, lied repeatedly to the nation on national television).

Not long ago, I also wrote a piece entitled, "The Media Only Pretend To Be Honest, Ethical and Objective."  I think I was wrong. They no longer pretend. Or as David Burge Tweeted out recently: "I hope we can all agree, that no matter how bad Trump and Clinton are, the media are worse than all of them put together."   Amen to that.

Before I begin, hat-tip to Rich Zeoli  of WPHT, the Big Talker 1210 AM for giving me the idea for the headline to this post.

Two weeks ago in a video to her supporters,  Hillary Clinton was wondering why she wasn't ahead 50 points in the polls.  Since she asked, I'll answer.  In addition to her countless scandals and her impulse to lie,  she managed  to insult a majority of Americans.

Last month, she referred to half of Trump's supporters as a "basket full of deplorables."  In short, she called them "racist, sexist, homophobic, etc.  She followed that up by calling Sanders' supporters "basement dwellers. "   She said millennials are children of  the "Great Recession" and are living in their "parents' basement."  And while there is some truth to her observation, her intent was to convince Sanders' supporters they bought into a false narrative and false promise.  In other words, they were generally very stupid.

It's actually Trump who should be ahead 50 points in the polls if it wasn't for his sabotaging his own campaign.   If you recall,  Trump came out of the convention with a slight bump in the polls. But then he thought he should take on a Gold Star Family---the Khans (their son, Capt. Humayun Khan was killed fighting in Iraq).

But Trump recovered and started climbing in many polls especially in the all-important swing states.  Again, he couldn't help himself.  He went on a rant about a former Miss Universe, Alicia Machado.  Twenty years ago, he called her "Miss Piggy" for her weight gain. The problem was even the main stream media was taking a closer look at Hillary Clinton's enabling of Bill's history of inappropriate relationships with many women.

The fact is both of these two candidates are flawed. In my opinion,  Hillary Clinton's legacy is more flawed than Trump's.  After all, she's the politician and was First Lady, NYS Senator and Secretary of State. In all of those positions, not only does she have few accomplishment (if any)  but she left the State Department a total mess.

On the other hand, there's The Donald.  As Noah Rothman of Commentary  pointed out: "But only one of these candidates is disciplined enough not to interrupt their adversary when he's making a mistake."

Some advice to Trump:  Keep your eyes on the prize.  And your opponent is Hillary Clinton (yes, the media too).  Focus, focus, focus---if you want to take a seat behind the president's desk in the Oval Office.
Posted by Jerry at 5:24 PM

"Hillary wants real-time fact checking during the debate, but not on the 27 times she said she never emailed classified material." ... Josh Earnst Tweet (parody)
-----

By all accounts,  Hillary Clinton should do well at the debates, beginning tomorrow night. She will be well prepared.  She certainly has the experience albeit with few accomplishments. Nevertheless,  she should have many facts at her disposal as well as knowledge of policy...domestic and foreign.

Trump, on the other hand, might not have a grasp of the issues.  But what he does have is the ability to pivot on questions. More importantly, he has a buffet of low-hanging fruit to pick from. Very similar to what Romney had with Obama but Romney didn't have the "killer" instinct. He never went after the jugular. He wanted to be viewed as a "nice" guy and being a nice guy debating any opponent is a formula for defeat. And that's what we witnessed.

If I were Trump, I would go after Clinton's incompetence, failings and lack of accomplishments. These should include, but not be limited to, the following:


If Hillary Clinton or the media's moderator try to use "gotcha" questions,  all Trump has to do in response is to remind the audience that it's those type of questions that lead to the mistrust many Americans have of most politicians and the media.  Trump has to focus on leadership. He needs to provide a vision.  Hillary Clinton lacks both.

As one observer noted, debates are not SAT tests.  In many respects, it's how the debaters come across on TV.  Nixon found that out when he ran against JFK.  Those listening to the debate on radio believed Nixon did well.  But those who watched the debate on TV preferred Kennedy.  Whether we like to admit it or not, this is about celebrity TV.  And Trump has the advantage. On the other hand, Hillary Clinton rarely comes off well on TV.

Twitter HQ:
"Don't let #DickingBimbos trend!"
"It's overloading our servers!" ...Josh Earnst  Tweet (parody)
----
As many know by now,  Colin Powell's e-mails were hacked and dumped into DCLeaks---the same website that published racist and homophobic e-mails of the DNC (Democrat National Committee).  It was those e-mails that resulted in DNC Chair Debbie Waserman-Schultz resigning. The dump showed how the DNC and the media conspired to stop Bernie Sanders.

Returning to Gen Powell. Many of the headlines focused on what Powell wrote about Trump. In that e-mail he called Trump a "national disgrace" and an "international pariah." It was clearly his opinion.  However, the e-mails he wrote about the Clintons were about his experience with the Clintons.  Big difference.

His e-mails included, but were not limited to, the following:

If these e-mails are any indication,  the report that WikiLeaks plans on publishing more of her e-mails should indeed be delicious.

Truth is not the center of Hillary's approach to politics ... Letter to the editor of The NY Post by Robert Shaw.
-----

It's certainly interesting that Hillary Clinton and her enablers in the media accused Trump of name calling throughout the primary (he did have pet names for all of his opponents).   Yet, she resorted to not only attacking Trump but many Americans with her tasteless, contemptible and inappropriate "basket of deplorables" comments last week {"...the racist, sexist, homophobic, xenophobic, Islamophobic---you name it."}

But that's not the best part of the story.  Prior to Clinton's health collapse, her knee-pad presstitutes kept encircling the wagons as they've done for the past 3 decades.  As I mentioned in a previous post, despite the evidence to the contrary regarding her history of poor health, the media kept attacking her critics.  We witnessed that after her numerous coughing fits.  But after her collapse, Clinton actually did us a favor.  While most of America was aware of the media's conspicuous bias,  they learned they were conned.  To give you just one example. This from USA Today:  "As usual, keeping the public in the dark is not working to Clinton's advantage...What might have been a brief flurry about what is likely to be a minor health issues {they really don't know that yet---no one does except her personal physician ...me} has instead become a full-fledged media and political frenzy that confirms the widely held and damaging sense she can't be trusted."

So even the media has awaken from their long 30 year coma regarding the Clintons.  Michael Goodwin of the NY Post summarized it best:  "...The Washington Post, CNN and others  added their voices to the Clinton chorus, demonizing any who mentioned her coughing fits as cranks...In fact, the deniers were suckers."  They were suckers because it was the Clinton campaign that kept even them in the dark about her health issues.

So all the "kooks," "haters" and even "conspiracy" theories have been vindicated...vindicated because Hillary Clinton and her campaign was not transparent.   Even the latest poll from Politico shows most Americans don't believe her regarding her health. {The Clinton campaign said they will be releasing her current health evaluation}.

But it still leaves us with this fact: The Clintons have a pattern of always first reaching for a lie.

Postscript:   Since this was posted,  Hillary Clinton's doctor revealed she does have pneumonia. Key words:  "Clinton's doctor."  We need to have independent health review.

Also, Colin Powell's e-mails were hacked.  They show he trashed both Trump and the Clintons. They also show he was concerned about her health also. 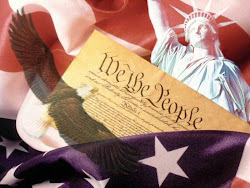 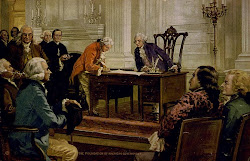 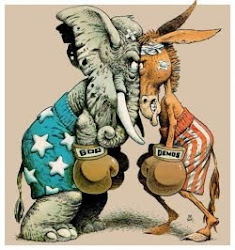 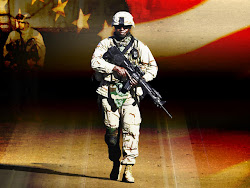